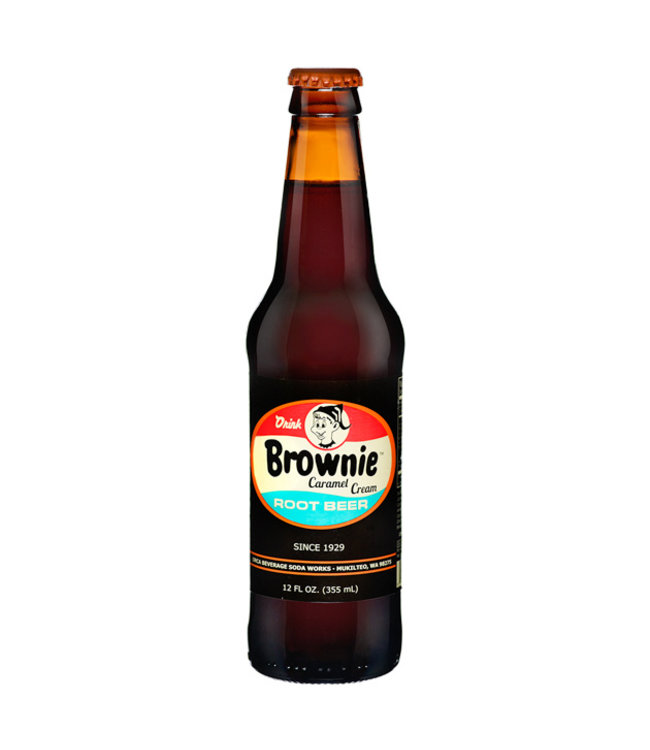 Orders placed before 2PM are delivered the same day, except Sundays.

Brownie Root Beer was one of the many carbonated beverages made by the Atlas Beverage Company. Atlas was started in Detroit, Michigan in 1929 by a Polish immigrant named Tomaszewski. When he retired, he passed the business to his sons, Walter and Butch. They ran the company together until Walter retired and Butch bought his share of the business. Atlas Beverages closed about 1996 and the building was sold around 2003.

Sweet and rich and smooth and lovely. (Contains Milk). One 12 fl. oz. bottle.

Having an account with us will allow you to check out faster in the future, store multiple addresses, view and track your orders in your account, and more.

You have no items in your shopping cart